We know Brexit is a boring topic now, but house prices are down 0.8% across the UK year on year with London also showing a drop of 3.8%, so something clearly isn’t right. Is this a post-boom hangover, is Brexit causing uncertainty or is there something else?

Most of the country has seen house prices increasing year on year since 2010 and mostly above inflation, a post-boom hangover would not be uncommon following such stretches of boom and it’d be easy to blame the hangover, but we have also seen Theresa May fail time after time trying to get Brexit over the line, which is another compelling argument as surely the uncertainty has influenced the drop?

But after delving deeper into the figures it becomes apparent that it may not be either Brexit or a Post Boom Hangover, but what actually is the aftermath of the government policies were introduced.

What’s really interesting is that the number of first-time buyers entering the market has increased by 4.6%. If we rewind a few years, we will remember that the government made a few legislation changes, including the increased stamp duty for second homeowners and new ISA’s for first-time buyers. The stamp duty imposed was an extra 3% on top of normal stamp duty for second homeowners and it was inevitable that at some point it would have an effect on the top end of the market. If we take a look at the image below provided by Rightmove, it’s the higher value areas that have seen reductions in house prices, the East and West Midlands, among others, have all seen increases in value year on year, showing that they have not been effected as much. Surely if it was Brexit uncertainty or a post-boom blip these areas would also be feeling the strain?

So what we are really seeing is the effect of government changes in legislation, intended or not what it is doing is giving first-time buyers a leg up onto the ladder and also closing the gap between the most expensive areas to buy and the least. 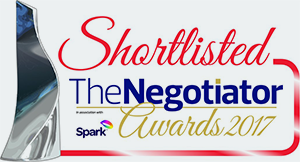